They say time flies, and this year certainly has!

We can hardly believe it, but this weekend marks a whole year of us downsizing from motorhome and car to Ruby the Veedub Campervan as our sole vehicle. When we were faced with the decision of having to wave goodbye to many years of motorhoming, we weren’t sure which direction to turn. We decided to give a small VW a whirl, swapping both our trusty Skoda and our beloved Bluebell the motorhome, but it was a snap decision and one we weren’t 100% sure would suit our needs. We are 1 year on now, so what better time to stop and evaluate how downsizing has worked for us so far. 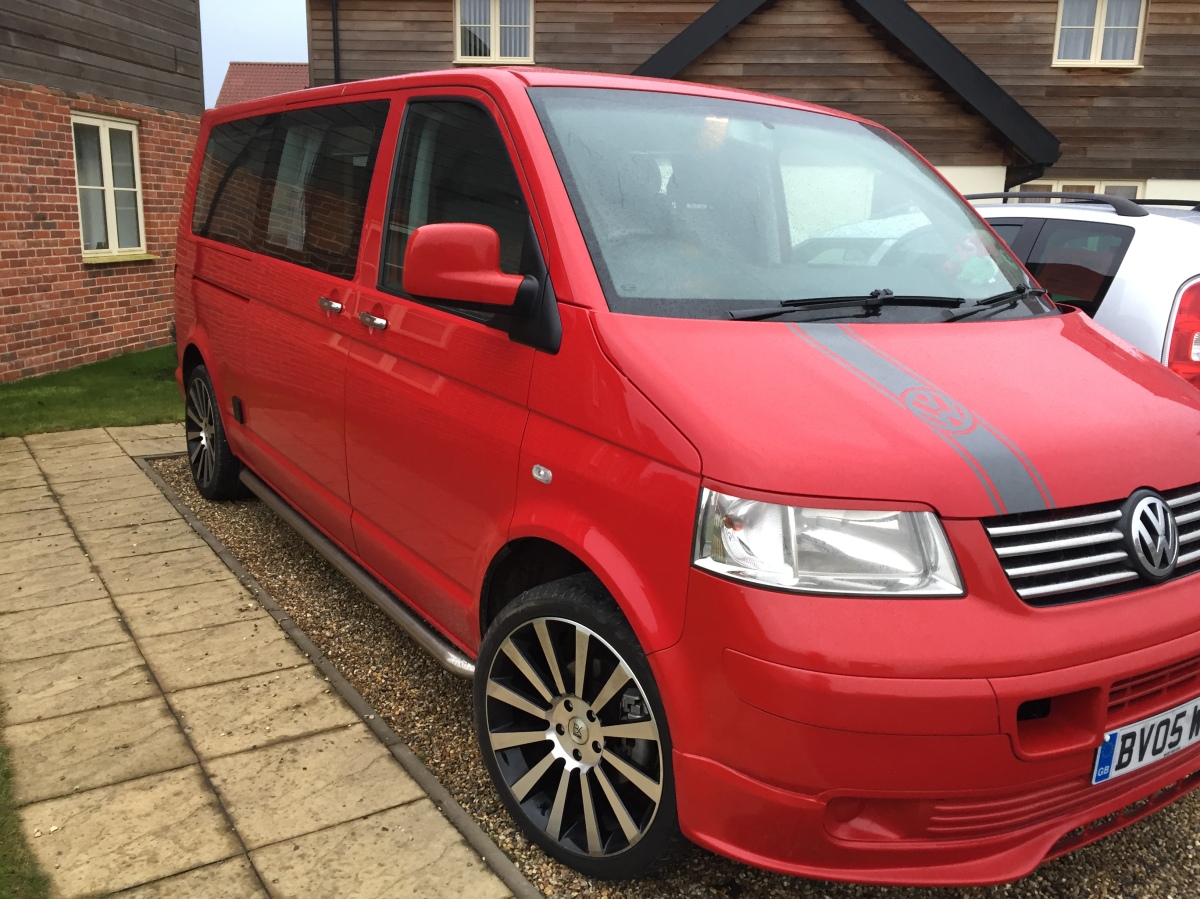 In short, I think we can fairly safely say that our downsizing project worked out pretty well! Despite Keith being 6 foot 4 and Ruby not having a pop up, we’ve coped well with the much smaller living space and have managed to avoid divorcing each other! In fact, we both enjoy the fact that managing the space once inside makes us feel closer and more together than ever, Keith often says he finds he does more when it comes to meal prep as he’s my right hand man, fetching utensils from all the hidey-holes his side of the van. I like the fact that everything is much more of a team effort these days, rather than what it sometimes was in Bluebell – more of me doing and Keith chilling (once parked up that is!)

We’ve managed 12 trips away in Ruby – ranging from a night just down the road, to a full scale 2.5 week tour of Wales. We’ve taken her across the water to Holland and France and clocked up nearly 10,000 miles of both business and leisure miles. We’ve also used her instead of hotel rooms when attending parties and we’ve wild camping in the middle of winter with no heating! We knocked up some amazing meals on the 2 burner hob and had some barbecues with views literally out of this world.

One main difference is that we’ve been using Ruby not only as a day to day vehicle, and obviously a campervan; but also we’ve been enjoying using her as a day van – cooking up lunches or serving tea and cake after a dog walk in a nearby village before heading home again. Next half term, I’m starting at a new School and Keith will be travelling with me, as we are both at the next school together. So whilst I’m teaching for an hour, Keith will be chilling in Ruby with a brew! So we feel like we really are utilising Ruby to her max potential.

We’re finding our rhythm with the booking of sites with showers for a couple of nights, before maybe a night off grid then another site with showers. Keith is being very brave and has washed away (ahem*) his habit of being Mr 2 showers a day. He’s found baby wipes are his friend and is nowadays happy to miss a shower for 2 days – 1 night! That is something that I never thought I’d write!

So a year on, despite Ruby having cost us a little more than we’d liked in various repairs, we are 100% sure that we’ve made the right decision. We are eagerly counting down the hours now until our next departure – which happily is this weekend; and have plenty of jaunts booked already for this year including our annual pilgrimage to Scotland and a really ambitious 3 week road trip to Southern Spain in August.

Our highlights of Ruby’s first year in the O’Gorman household are:

Utilising Ruby’s sliding door – a real treat after years in a motorhome – give us a view and we’ll knock up a meal and enjoy our very own rolling restaurant. Pic taken at Brancaster Staithe where we cooked up some fresh mussels from the fishmonger in Burnham Market. 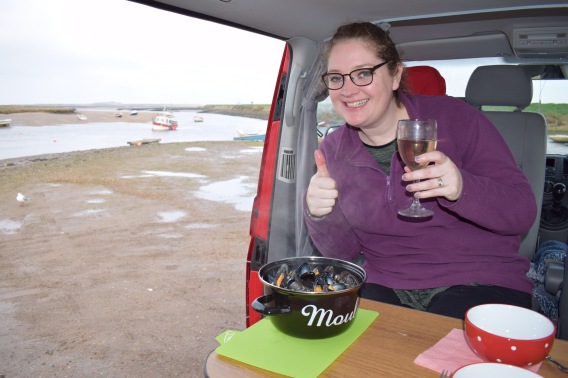 Taking Ruby to Holland to see the Tulips 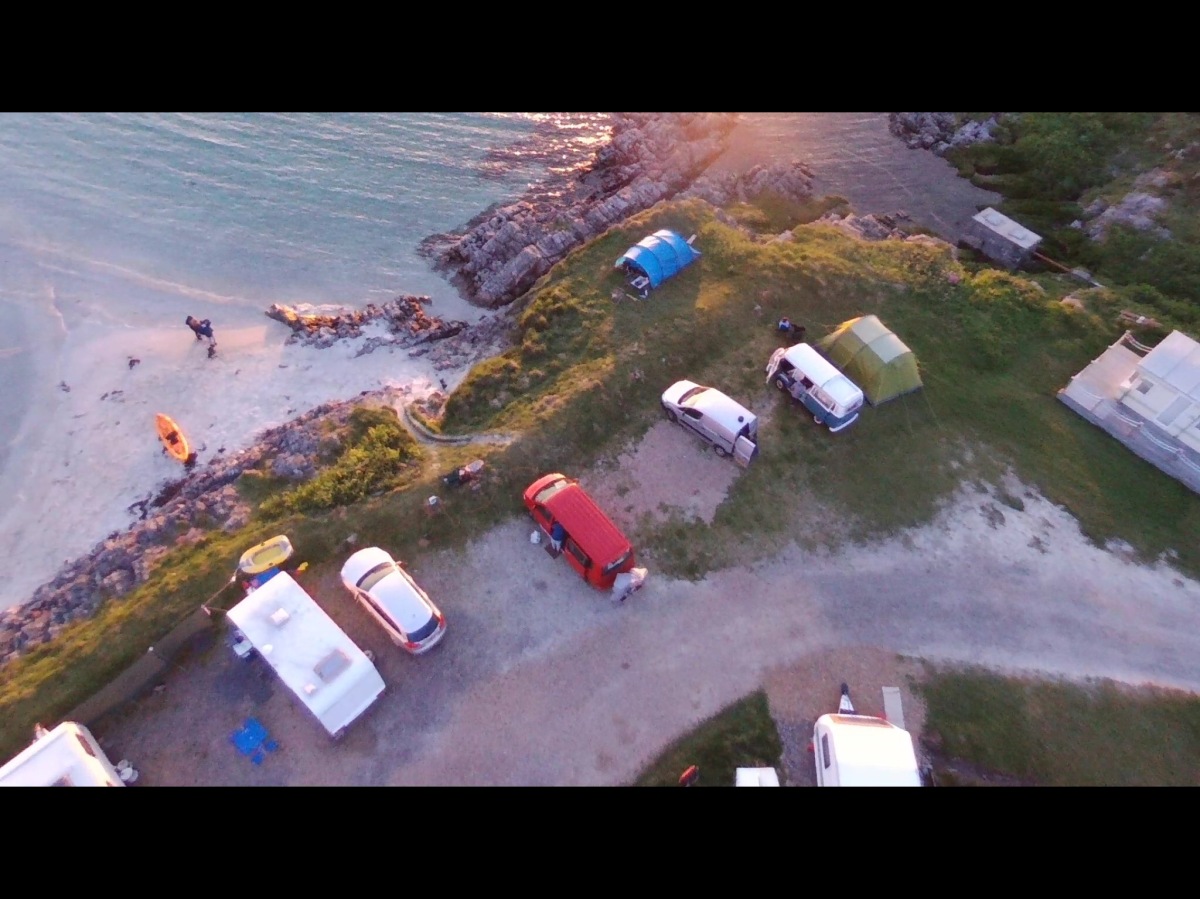 Until Next Time, which won’t be long – YAY!

Lockdown diaries Day 14 A much more positive day today thankfully! I washed my hair, spent time in the garden, made some burgers and even starting thinking about some projects we could start. Our cherry blossom tree has started opening out it’s blossom, so that put a smile on my face; Oh and we watched a great film - Midway. That’s film really put things into perspective! Watching about these soldiers who flew the WW2 divebombers, was just unbelievable. It’s a great film and we preferred it to 1917. I’m damn sure that we can sit on our bums in the comfort of our house without moaning or feeling sorry for ourselves for the next few weeks so I’ve vowed - no more feeling sorry for myself. Thanks to everyone who’s fighting this on our behalf. ❤️ And for heavens sake - please stay home! #lockdowndiaries #lockdown2020 #covid2020 #tryingtostaypositive #midway #midwayfilm
Day 4: Who Do I Love Well- every single person in this pic! ❤️ our closest friends and family at our wedding almost 5 years ago! #cherisheverymoment #cherisheveryday365 #cherisheveryday365_april #weddingpic #friendsandfamily
This has kept us occupied for a good hour! 😂 There are 50 films in this picture can you see them? Play along in the comments if you wish #coronavirus #covid19boredombuster #boredumbuster #moviefans #game #lockdowndiary
Lockdown Day 13 A quiet day in the O’Gorman household. Missing our Friday gigs A mystery biscuit delivery appeared on the doorstep and then I had online Zumba, and half an hour on FaceTime with my oldest bestie @hbrod all of which cheered me up no end. Finished with a kebab and a film so not such a bad day, just wish I could find my motivation! It’s MIA 😟 We have our health and aren’t on the frontline so I need to give myself a kick up the backside I also need to wash my hair tomorrow it’s currently resembling a birds nest! Consider it done! #lockdown2020 #lockdowndiary #coronavid19 #stayhome #findingithard
Day 3: Rule of Thirds For many years now I’ve always lovingly and jokingly described myself as the third twin alongside these beauts. And now more than ever. As 3 independent self employed women, all in near identical professions, I’ve never been more grateful for these two sisters being in my life and at the end of the phone numerous times every single day. ❤️❤️❤️ #cherisheveryday365 #cherisheverday365_april
Getting slightly bored of our daily exercise route around our lovely village of East Harling. We’re so used to being able to up and go elsewhere for variety. But- we appreciate staying home is the most important thing right now. So, to try and spice it up a bit we are playing along with #walk1000milesweeklyphoto sub group This week we were looking for different TEXTURES #woods #heather #walk1000miles2020 #countrywalking #textures #dailyexercise @countrywalking #stayathome